Hope you all had a fun Halloween filled with lots of spookiness, laughter… and CANDY!

Halloween is the best holiday of them all, isn’t it? Dressing up. The creative makeup. Pumpkins. Haunting decorations. Spooky treats. Fun snapchat filters! (which I know you all love dearly from me!)

I get so ramped up for Halloween that I decorate my house the first week of September; which I have been coining for years as Septemberween.  IT IS MY FAVORITE HOLIDAY TO DECORATE FOR OF THEM ALL!!! Halloween is some serious decorating business.  I set aside two days to fully drape each room of our first floor in spooky goodness. Sometimes it takes me three days because I don’t really like anyone touching my Halloween stuff.  ha  I have a ritual here!  There is lots of singing, coffee and skeletons.

🙂 The trifecta of fun!

I collect these funny skeleton ceramics, called Boney Bunch, that make a preview in each room. I buy a new one, or two, or three!, every year. They make me laugh because they are super cute and silly with spooky puns, and they each have a meaning relating to some special event in my life.  For example, I have a skeleton baby in a high chair for the birth of my oldest daughter. A skeleton baby in a carriage for the birth of my youngest.  A skeleton couple engaged and a skeleton bride and groom in a car for my wedding.  Snow White skeleton with skeleton dwarfs because I am Snow White. A skeleton cook because I love cooking. There’s a skeleton guy using an English phone booth for my first trip to London.  There is a skeleton ghost holding an eye-ball for when I bought my first iPhone. haha Yes I am eccentric. And I won’t go through them all, I have so many.  They always bring smiles to my face when I walk by.  And as I am sitting here typing, looking at the  Boney Bunch dish on the table and my Halloween decor around me that I have to take down this weekend, I am just utterly sad.  Big frown face.  I love how the house looks dressed up for the holidays, any holiday. It feels warmer, fuller, and happier.

Well, I guess I have Thanksgiving decor to look forward to putting up.  Meh  Turkeys.  haha

But back to Halloween, we had a fun month overall.  Lots of family fun and parties with friends, so spooktacular!  We do have a lot of fun traditions in the Fall, like pumpkin picking at our favorite local farm as we scarf on cider donuts and feed the farm animals, pumpkin carving, watching spooky movies, or hitting up a local Fall themed event. This year we went to two, Screeemfest at Canobie Lake Park and the Great Pumpkin Festival at the Ecotarium.   Both were so much fun. Screeemfest was frightening for our oldest daughter.  She is a ‘fraidy cat’, but I even freaked a few times from the crazy clown wielding the chainsaw chasing people!  I am not that big into scary experiences like that, but I appreciate the scare nonetheless.  If that even makes sense?

Oh wait! The Ecotarium wasn’t without a scare, though.  Here’s a story I haven’t told anyone yet from our night there.  They had a slew of fun things going on and a special feature of fire magicians every forty-five minutes performing.  When we got there the people working the event told us the fire show was happening soon, and to make our way down to the large white circle in the parking lot.  Ok, so we did.

We arrived to find a guy dressed in a full skeleton costume kneeling down by a speaker blaring Crazy Train by Ozzy Osbourne.  He was the MC apparently.  We all huddled close around the circle because the night grew chillier pretty quickly. A few more people joined in the circle. Within a minute, a steam punk dressed lanky guy with a large beard made his way into the center of the circle.  He started by telling us to stand on the outside of the circle, as he inhaled from this giant pipe, then exhaled into his hand lighting his hands on fire.  By this time more people were standing around the circle enthralled by the flames. And warmth.  Then the performer set two large batons on fire and started fire eating along to the music.

The show was not terribly exciting, however, it’s fire and it is beautiful, and my kids seem pretty happy. The guy was shaky but was doing a great job being creepy and mysterious. Then another guy, dressed similarly came out to perform further with lager intricate batons (multi fire points) and fire chains.  He was the more daring one of the pair.  He was performing minor acrobatics with these fire props.  Allowing the pipes to roll across his body and lightly torch his beard.  And, by this point, the fire was so hot from one of his large batons, that I just had the urge to back up. I notice the circle now is encompassed with tons of tiny kids sitting in costumes along the edge and some in carriages. Worry swam over me seeing those kids on the ground. As I looked at my kids to say let’s move another step back, the guy performing the swinging chains moves onto swinging fire pipes and by mistake he let go of one of the fire pipes! It went cruising on the ground into the crowd right for those little kids!!! The pipe misses them by mere inches! It was just the craziest of luck they didn’t get burned.

Needless to say, we left, as we all didn’t want to die. So.  It was a miracle not a kid was touched by the flames, seriously.

Well, that wraps up tis Halloween! Here are some pictures from our Halloween month of fun… 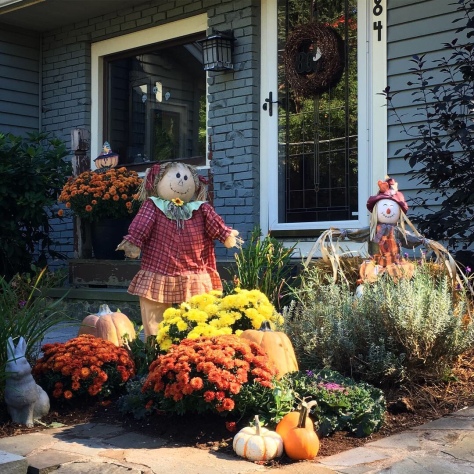 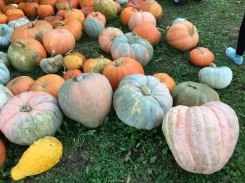 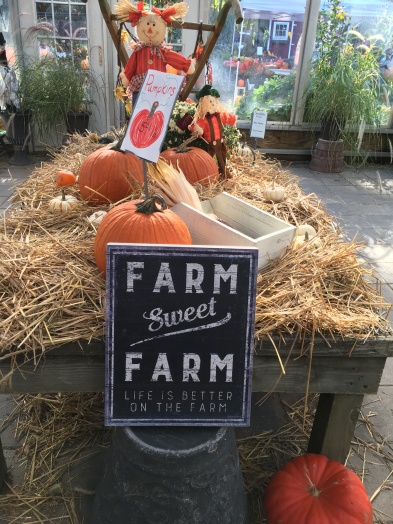 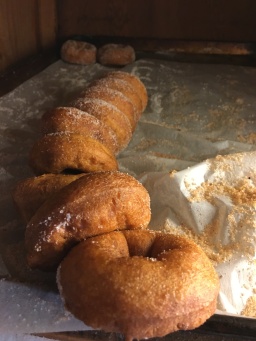 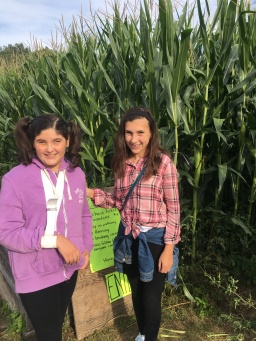 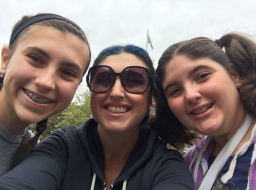 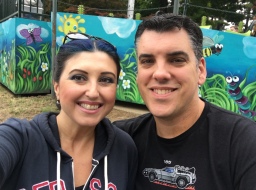 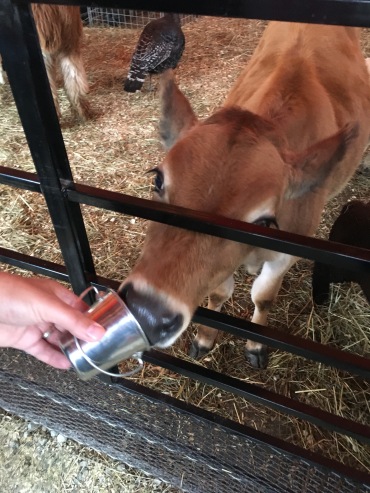 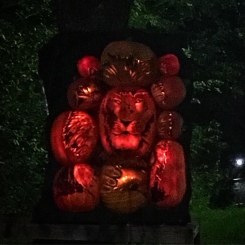 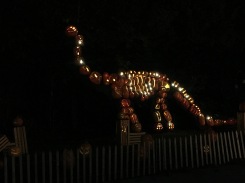 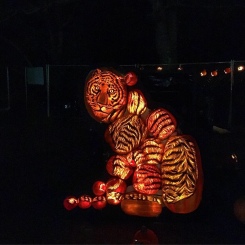 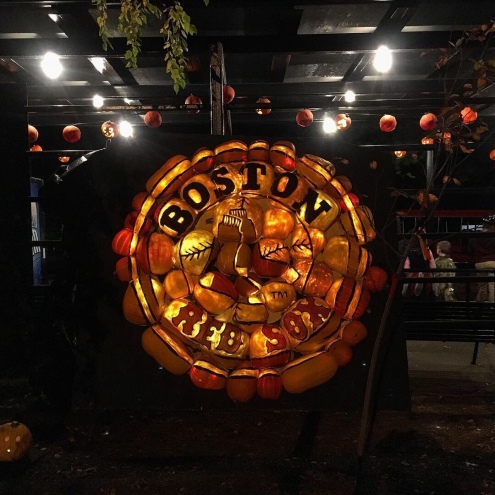 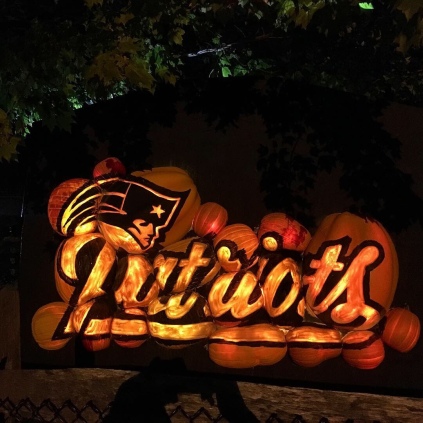 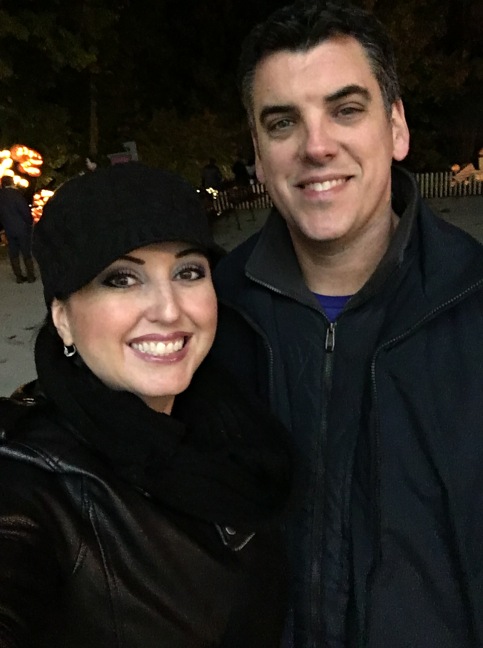 Rosie the Riveter.. she loved this costume. 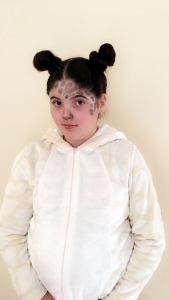 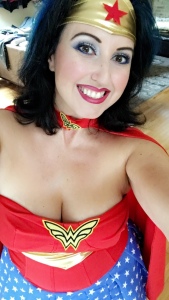 Julia Child in the house 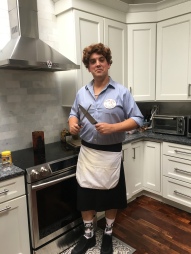 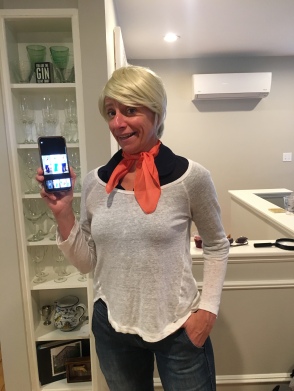 there is always dancing… smh 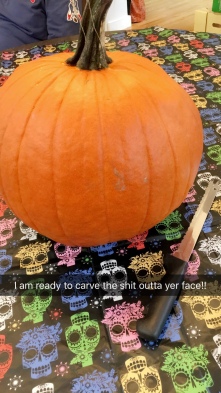 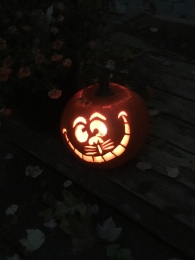 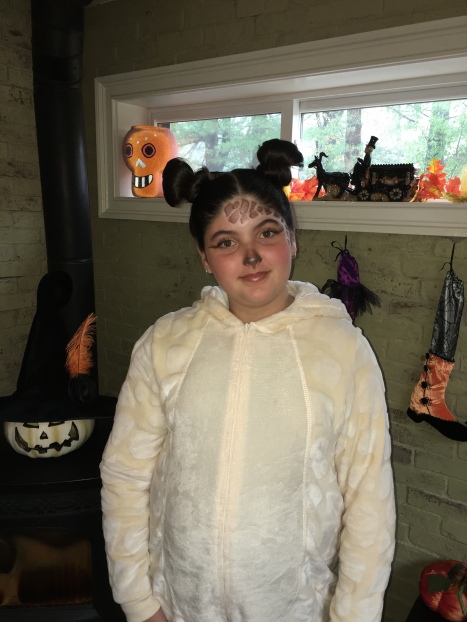 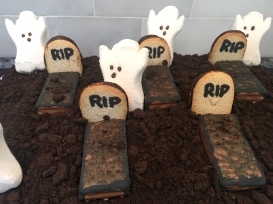 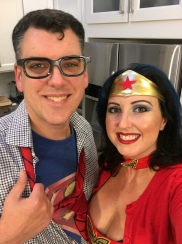 Halloween Night!- My Superman and I

Then she wanted to be an owl.. I tried! 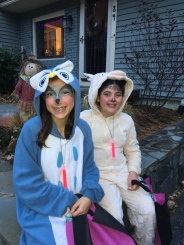 They are cute though! 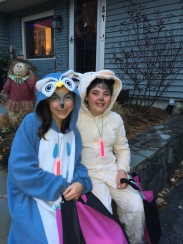 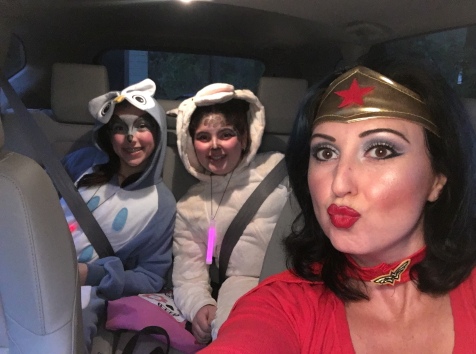 We are ready to go!

With my xray boy. 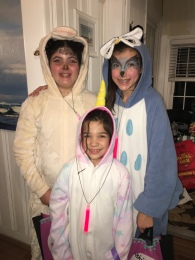 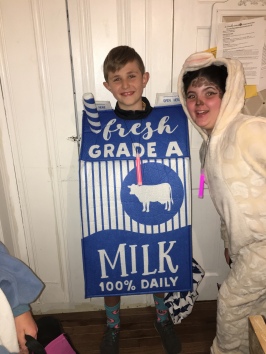 This may be the funniest and oddest costume ever.