Over 8.5 years ago, the Boston’s Museum of Science was part of a wonderful collaboration creating a traveling Star Wars exhibit that came to an end on Sunday, March 23, at San Jose’s Tech Museum; Star Wars, Where Science Meets Imagination.

Most of the group that gathered together for this farewell had not seen the exhibit in full for quite some time; for my husband, it had been since its departure from its originating location at the Museum of Science in Boston 8+ years ago.   They relived their hard work from almost a decade ago, with expressions upon their faces that showed an emotion as if it were all surreal.  I felt very privileged to be a part of this last walk through and farewell Sunday afternoon.  The emotions retelling this exhibit’s stories from inception were a buzz from each of them. Good, bad, but mostly funny. They were very lucky to have worked together on an exhibit that was widely popular like this was, imo.  In its 8.5+ year span of time, SWWSMI had traveled around the globe and was seen by over 3 million people. THREE MILLION! Which means some of you might have seen it!

The only downer was to see the exhibit in the San Jose space.  The exhibit was showcased in a very dark, spacious, almost airplane hanger quality area. To make it work in their eyes was to throw out the vision this team worked so hard on; it was all lack of order, not visually correct or things were not used in the right manner.  But other than that, it didn’t get this crew down.

Well, I am still adjusting back to time back here.  This is what I have to share with you guys.  I didn’t take many photos cause it was so dark in the Tech Museum’s space as I mentioned above, and without flash photography nothing came out so great. Honestly, it wasn’t as beautifully put together as it was in Boston; where it originated.  Seriously, if you got to see it at home, you were lucky! But it was what it was in Cali, and it was a great ending to this very personal exhibition.

The Tech Museum in San Jose where Star Wars, Where Science Meets Imagination ended on March 23 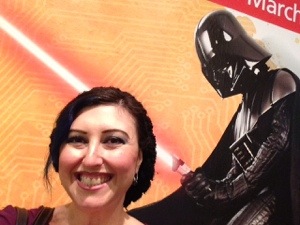 Selfie with a poster as the crew was all busy talking. nearby. Looks like Vader is chopping my noggin in half.

Only showing of Boba Fett’s costume. 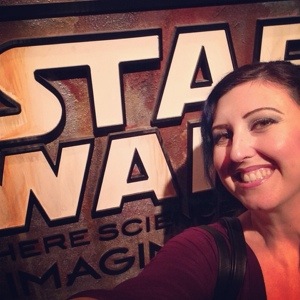 One of me with the sign since I refused to be in their photo. 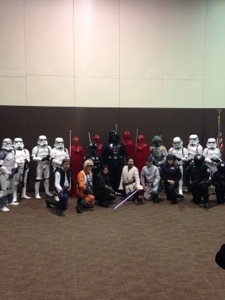 Behind the scenes of the 501st group in their dressing area. They are a volunteer group that dress up and reenact SW (obv). Our work colleague is in this group, so she got us behind the action to take this photo.

I stopped a stormtrooper for this photo opp. He was so nice. 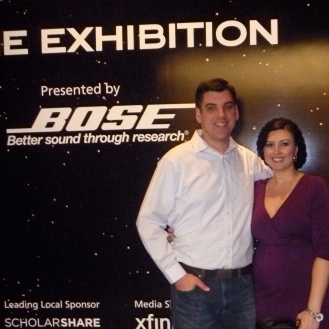 My husband and I in front of the entrance poster. 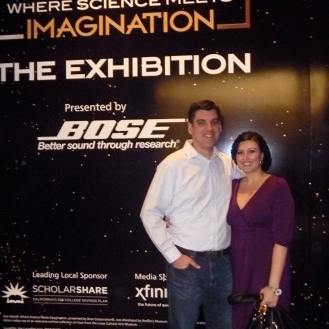 Last time photo opp as we didn’t get to 8+ years ago as I was freshly released from the hospital after having our baby girl 🙂 Another reason this project was special.

After get together to toast a job well done, and officially say goodbye to the Star Wars exhibit

If you want to read about the rest of our trip to San Fran/Denver, click here.